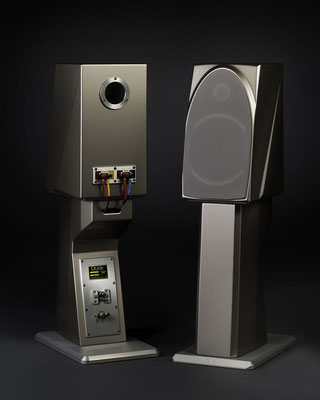 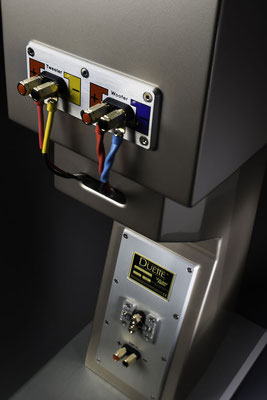 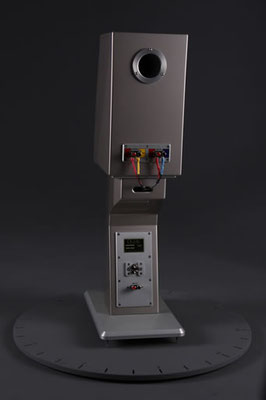 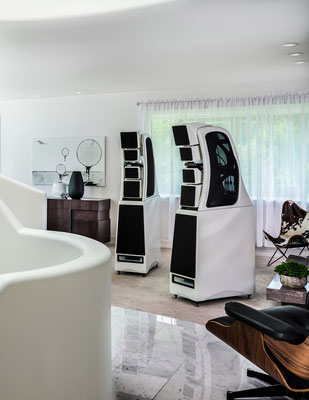 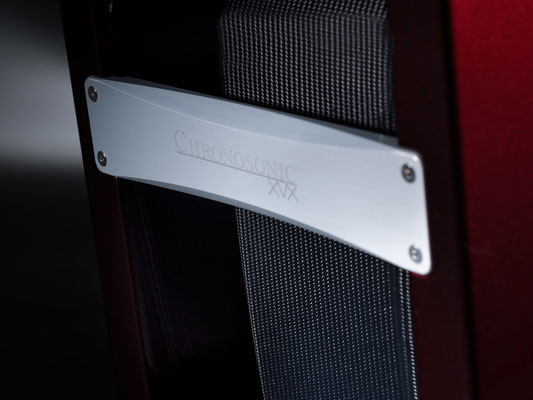 Reproducing the emotional impact of live music through two-channel reproduction has been the organizing passion of Wilson Audio since its inception over four decades ago. Applying the same experience and expertise to multi-channel theater systems was simply the natural extension of that passion

Alida is the latest Special Applications product from Wilson Audio. It was designed to offer the timbrel neutrality, dynamic response, soundstage depth, and transparency of floor-standing Wilson loudspeakers, but to do so in the extremely adverse conditions of wall-mounted applications. The Alida is a perfect example of performance disproportionate to size.

Dave Wilson recently observed that even if he were an accountant he’d still design and build loudspeakers. It’s in his blood. Even as a young teenager, Dave was obsessed with the sound of live music. He was enthralled with the idea that an audio system—specifically its transducers—could temporarily suspend disbelief, could momentarily convince the listener that what he was hearing was the real thing. He felt compelled to discover the salient factors responsible for believable music reproduction. What was it about certain combinations of drivers, cabinet materials, and even the geometric arrangement of those drivers that produces an intellectually and emotionally convincing verisimilitude of live music? It was Dave’s search for the answers to these questions that ultimately led he and his wife and lifelong business partner Sheryl Lee to form a company they called Wilson Audio.

Dave’s idealism, passion, and a certain genius for the scientific method fueled the business. Wilson’s first commercial loudspeaker was the WAMM (Wilson Audio Modular Monitor). The WAMM’s proprietary (and patented) adjustability in the time domain via movable modules was revolutionary. This ability, which enabled proper propagation delay for each installation, has underpinned the inceptional methodology for every large Wilson loudspeaker since.

It’s an understatement to suggest that the WAMM took the world by storm. After hearing it, Peter Moncrieff famously proclaimed in International Audio Review that the WAMM was “audio in its noblest form.” Larry Archibald, then the publisher of Stereophile, said the WAMM was “…the most enjoyable speaker system I’ve listened to, and significantly valuable as a diagnostic tool.”

It is fitting and perhaps even poetic that after leading the effort for dozens of industry-changing designs, Dave has come full circle back to his original concept—the WAMM. As most of you know, Dave’s primary focus for the past several years has been the new WAMM Master Chronosonic, a flagship loudspeaker worthy of the original’s legacy.

The WAMM Master Chronosonic is the most time-domain correct loudspeaker in Wilson’s history. It plums new depth in terms of technology and execution. From drivers to cutting-edge composites, from crossover technology to perfecting geometries. Most importantly, the adjustability in the time domain is precise down to five millionths of a second for any installation—accuracy heretofore only achievable in the theoretical domain.

The result is a musical experience with a level of intellectual and emotional verisimilitude only bettered by the live musical event itself. It is a loudspeaker truly worth of the term “Magnum Opus.”